For nearly a decade, Dave and Carrie Welter have been keeping history alive on their family farm in Statesboro, Georgia.  Each year, they host traditional barn dances and sugar cane harvest parties, offering the community a rare glimpse into traditional southern farm life.  And now, thanks to a partnership with the Land Trust, the farm, along with its history, will be preserved fore 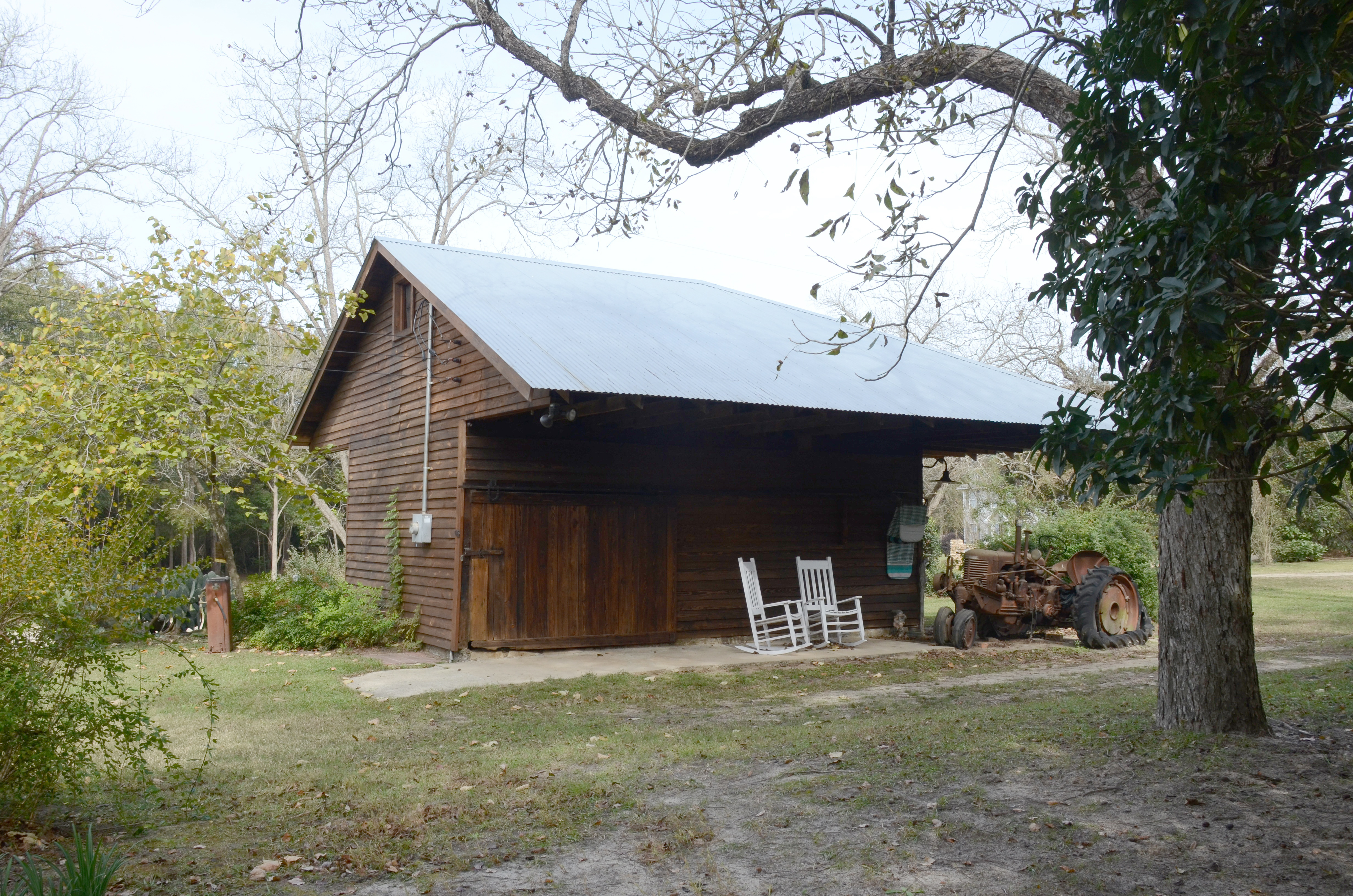 ver. “Sharing”, Carrie says, “is why we do it.”  And we are so glad that they do. Without the passion of families like the Welters, so much of our land’s rich cultural fabric would unravel, and might one day be lost altogether.

This passion all started with Carrie’s Father, Paul H. Johnson.  The story goes that he fell in love with the farm while visiting an aunt during his childhood.  And after purchasing the land in 1930, Paul moved his family into a tenant home on the property while the family house (which came complete with a fancy indoor bathroom) was built. There, Paul ran the farm, Carrie’s mother, Minnie, ran the local store, and together they started a family.  Carrie still holds many fond memories of climbing trees and collecting eggs from the chickens that once lived in an old railroad car on the farm.

When Minnie passed away, the farm was divided between Carrie and her four siblings. Carrie’s portion, as luck would have it, contained the family’s house, a little train depot, and other historic buildings.  This was doubly lucky because her husband, Dave, not only shares Carrie’s appreciation for her family’s heritage, but he has a passion and a great talent for historic restoratio 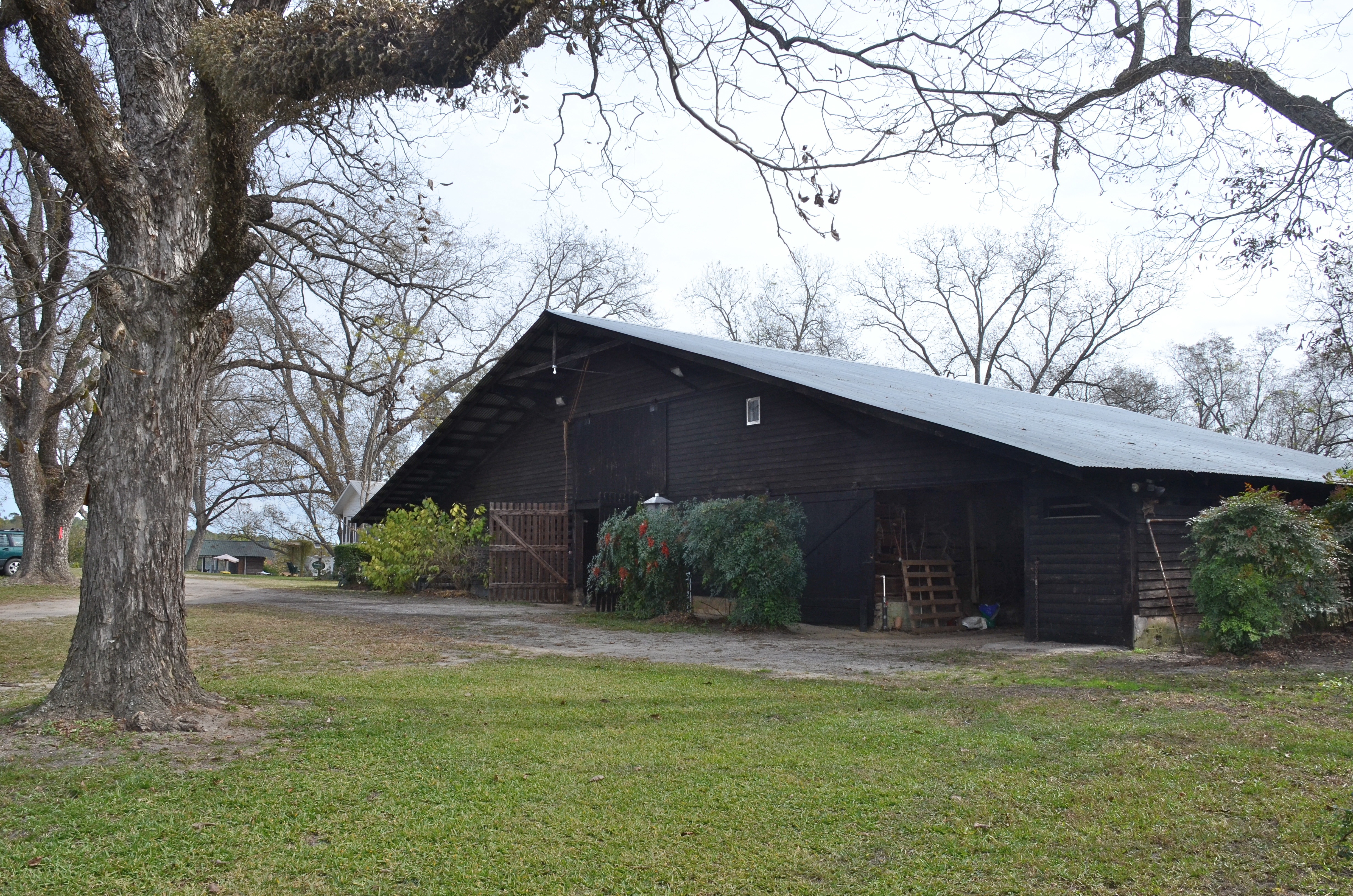 n.  He, too, soon fell in love with the farm and even moved the tenant home, where Carrie was born, to their portion of the property.

As the couple began to restore Carrie’s childhood home, the history of the farm began to unfold before their eyes.  As it turns out, at the turn of the last century, Bulloch County was the number one producer of Sea Island cotton in the world.  This explained the old railroad car where Carrie collected eggs as a child, as well as the historic train depot and the exceptionally large mule barn that still stands on the farm today.  Local farmers used mules to haul their cotton harvest to the train depot, where it was loaded onto rail cars bound for the world’s markets. And Carrie’s little family farm was the hub of it all. 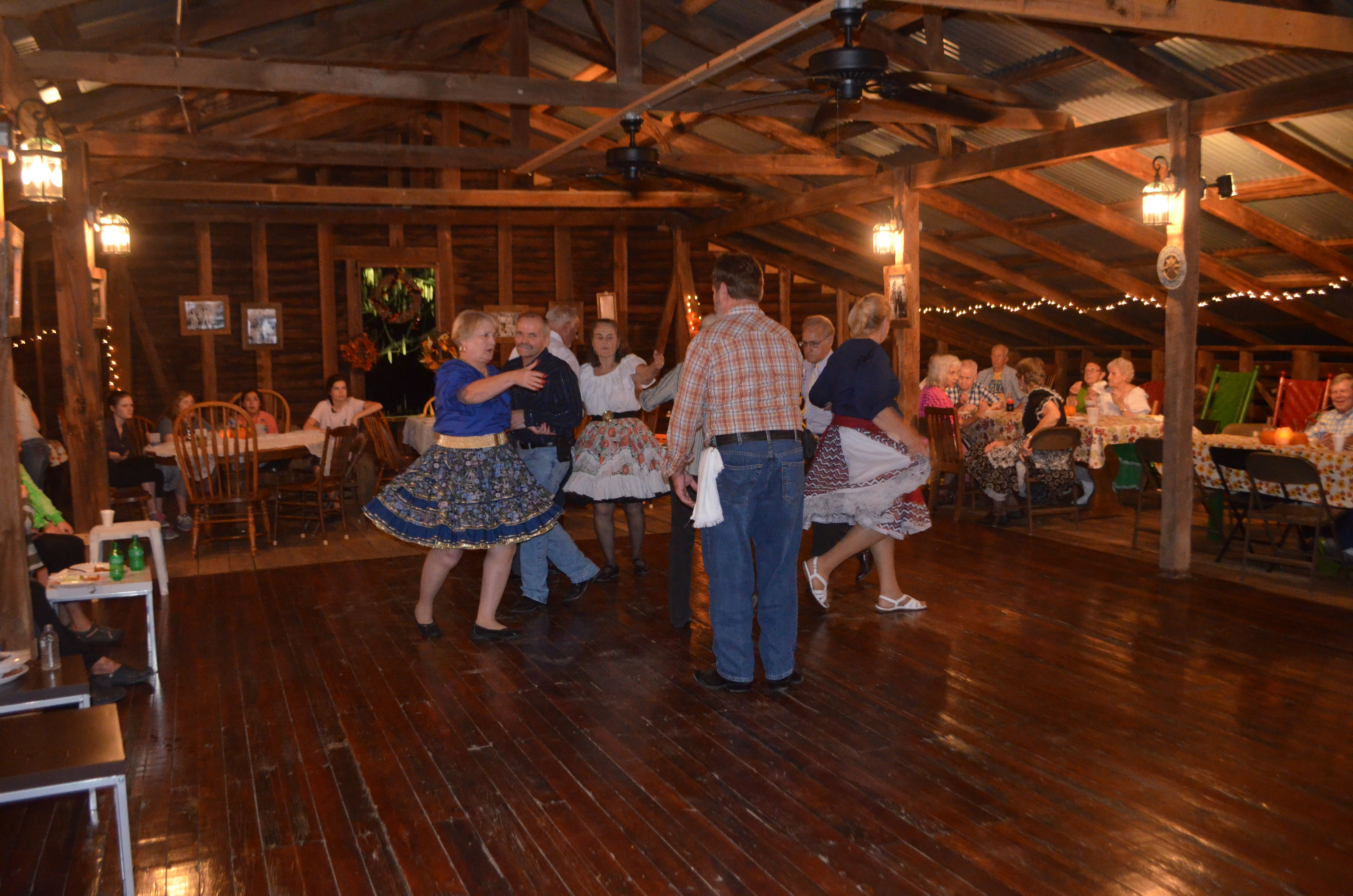 While restoring the depot and the mule barn, Dave and Carrie made all sorts of discoveries, from railroad ties to 100-year-old farming equipment.  But by far, their biggest discovery was a large section of tongue and groove heart-of-pine on the second floor of the barn.  Unlike most of the timbers in the old building, this perfectly square section of floor had been planed and sanded.  It was a dance floor!  The Welters now host dance parties annually to celebrate together and commemorate the farm’s history, brought to life. 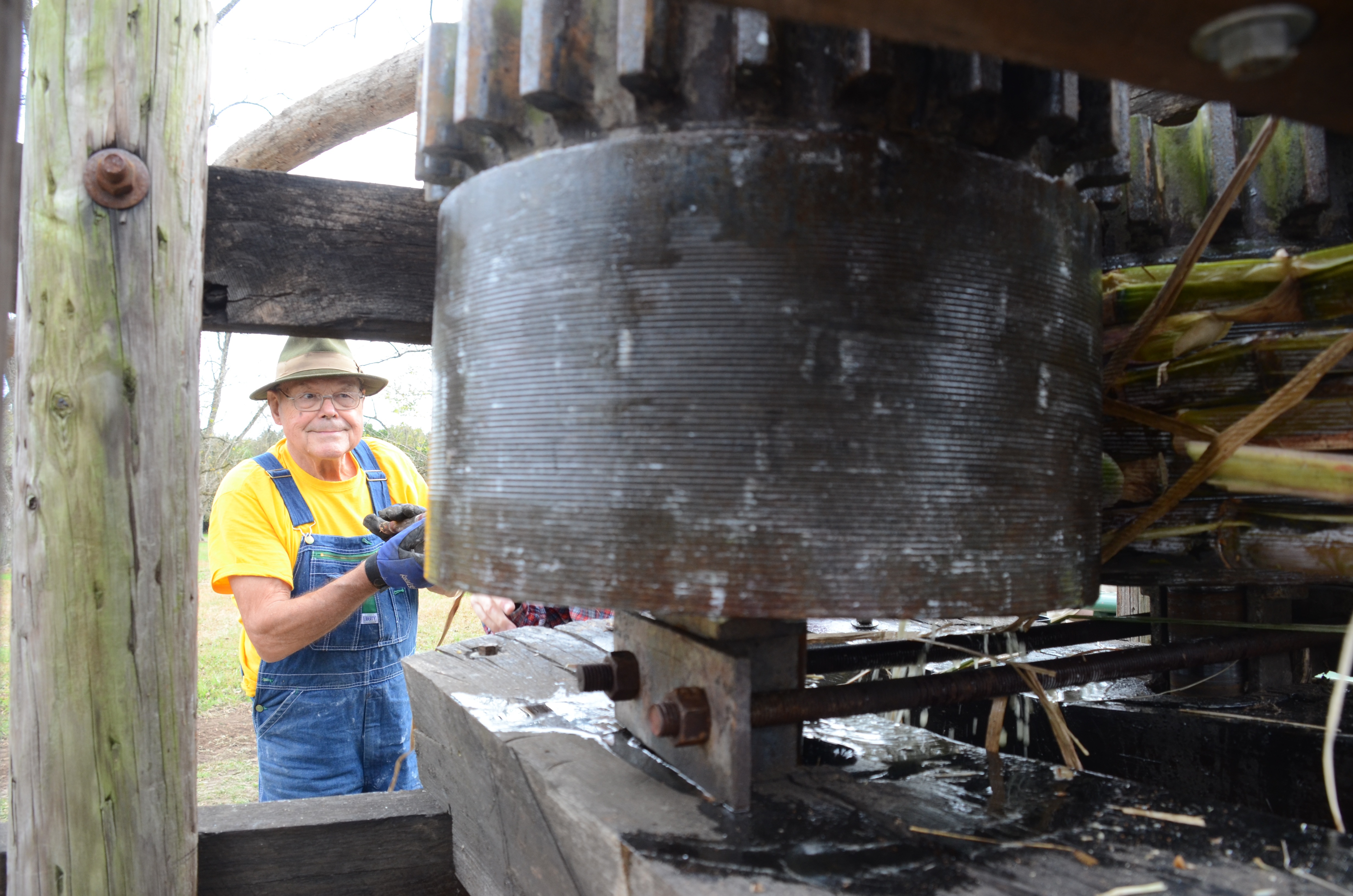 Along with the barn dances, the Welters also host “cane boils” each fall.  In bygone times when going to the grocery store to buy a bag of sugar was unheard of, a cane boil was a way for locals to get together, exchange news or gossip while making sweet sugar cane syrup to last for the upcoming year.  In a nod to tradition, the Welters still grow their own sugar cane on the farm.  And each year they host a party where they use the farm’s original sugar cane press to extract the sweet juice, and an antebellum cast iron caldron and brick furnace to boil it down into a thick syrup.  This syrup can be used to sweeten just about anything, but historically it was used most often to cover pancakes, spoon in coffee or over meat.

Not only do the Welters grow their own sugar cane, host fun parties, and work on a variety of historic restoration projects, they also manage the farm’s 100-year-old orchard, providing high quality pecans and black walnuts to local markets.  The pecan trees are also one of the prettiest sights on the farm. They can be seen standing as sentinels along Highway 25, silently watching more than a century of life and memories passing beneath their branches. 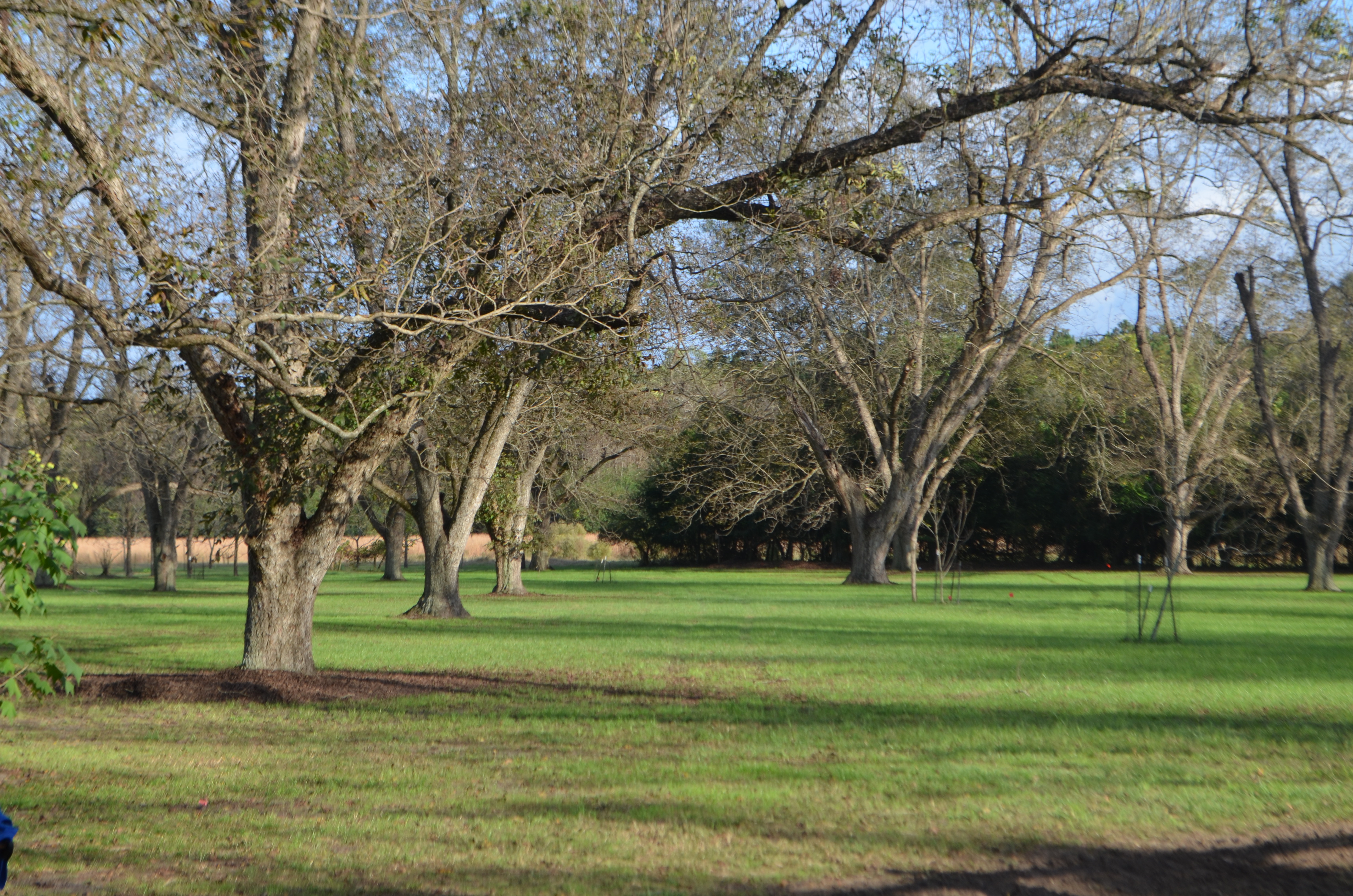 And sadly for the farms in the area, that life is quickly changing.  Statesboro is growing rapidly, and many of the old farms are being converted into residential housing.  Even a portion of Carrie’s family farm has now been developed. This devastated the Welters, and inspired them to take action. They purchased additional acres of the original family farm before they could be developed, and are restoring them to their former glory.  And they have teamed up with the Land Trust to ensure that their farm, and its history, will be preserved, forever.

What an honor it is to partner with Dave and Carrie.  It is not every day that you meet a couple with such a deep love for the land, and a passion for keeping tradition alive. We have an amazing opportunity to preserve a place of such historic and natural beauty, where friends and family are welcomed year after year, and where you can still travel back in time and experience life’s simple pleasures.  What a gift saving this farm will be to the next generation.  This is the heart of the Land Trust.  To quote Carrie, “sharing is why we do it.”