A Family and their Land – Reunited!

At the Land Trust, you never know who you might meet or what the day will bring.  Last month, we answered a phone call from Palm Springs, California.  The caller, Mrs. Keron Saunders, was planning a family reunion in Augusta, and had stumbled upon our Run for the Hills while looking for group activities.  So far so normal.  Except, that Keron’s not a runner.

Keron was calling because of the Run’s location: The Greystone Preserve.  “I think that was my family’s land,” she said.  “My father was stationed in Augusta in the 1940s, and we lived on Greystone!”  As it turns out, Keron and her 8 (eight!) siblings were raised on the very spot where the Land Trust will soon be building an outdoor classroom, inviting new generations to discover the wonders of the land, as Keron and her brothers and sisters did back in those early days.

After their family had grown and the kids moved out of the house, Keron’s father sold the land in the ‘80s to a real estate developer.  Keron assumed the property and its magic had been “lost”.  Imagine her surprise to discover that the land had not been developed, but had re-purchased by a philanthropist, and donated to the Land Trust for safe keeping!

And so, after nearly 40 years, the Saunders family was reunited with their family land.  The whole clan, some 35-40 family members spanning 4 generations, spent this weekend exploring their old stomping grounds, telling stories about pear orchards and building tree forts out of pine branches, and searching for forgotten landmarks.

Among the most cherished was the old well, some 55 feet deep.  When the Saunders’ lived on Greystone, they did so without most modern conveniences, including access to City water.  In fact, Keron remembers vividly the old home burning down, firefighters watching helplessly as there was no water to put the fire out.  Just this past month, thanks in part to a grant from the Community Foundation for the CSRA, the land has, for the very first time, running water.

But for her childhood, and that of her many siblings, the well was it.  That was all they had for washing, drinking, cooking – everything.  Sometimes, in the summer, the well would run dry and the kids would bathe in the creek.  My how times have changed!

We had such a wonderful time reminiscing with the Saunders this past weekend.  And we are so very thankful for the opportunity to reunite a family with their cherished homeland – and to be able to give back the assurance that it will never, ever be “lost” again. 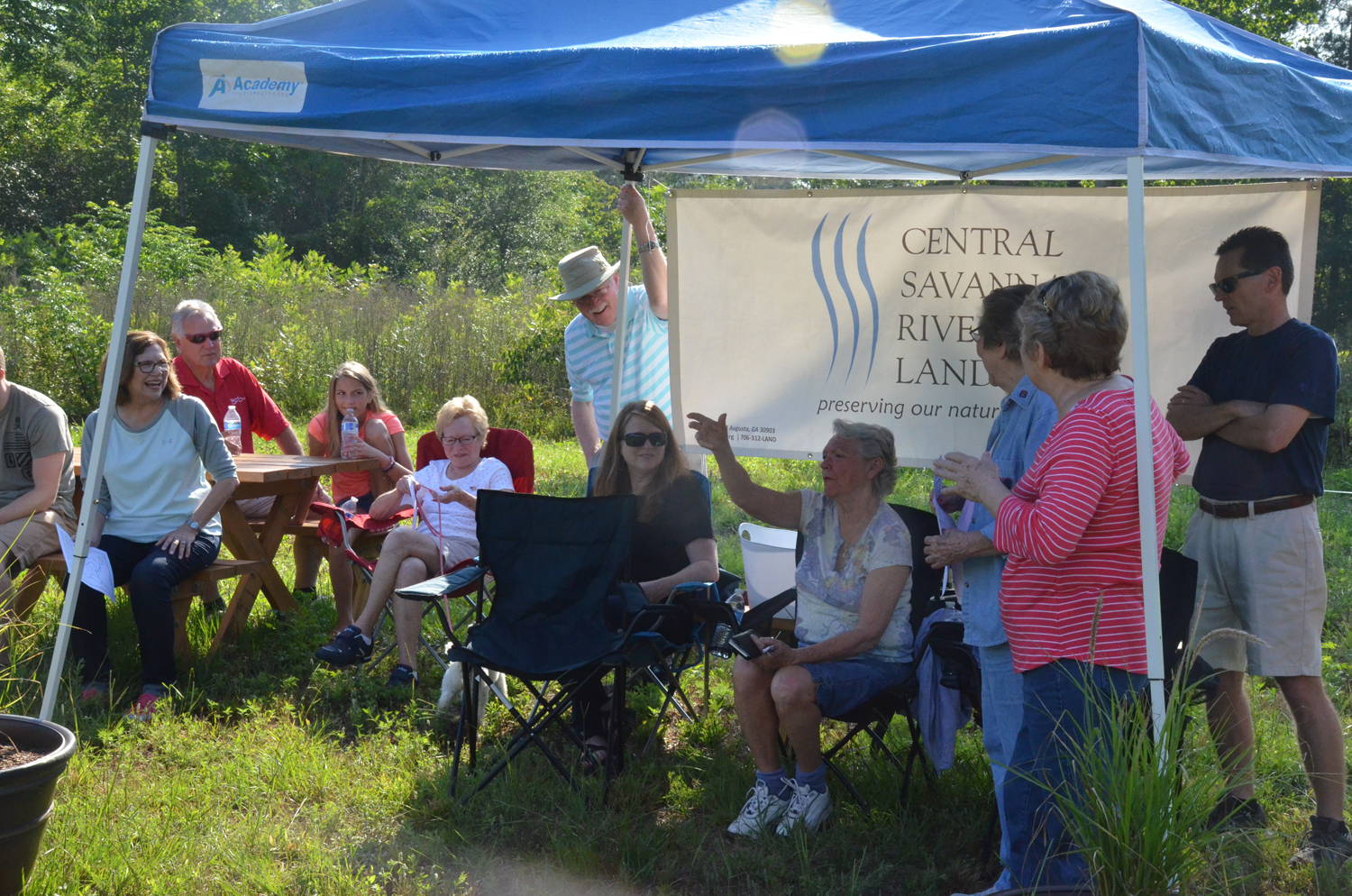 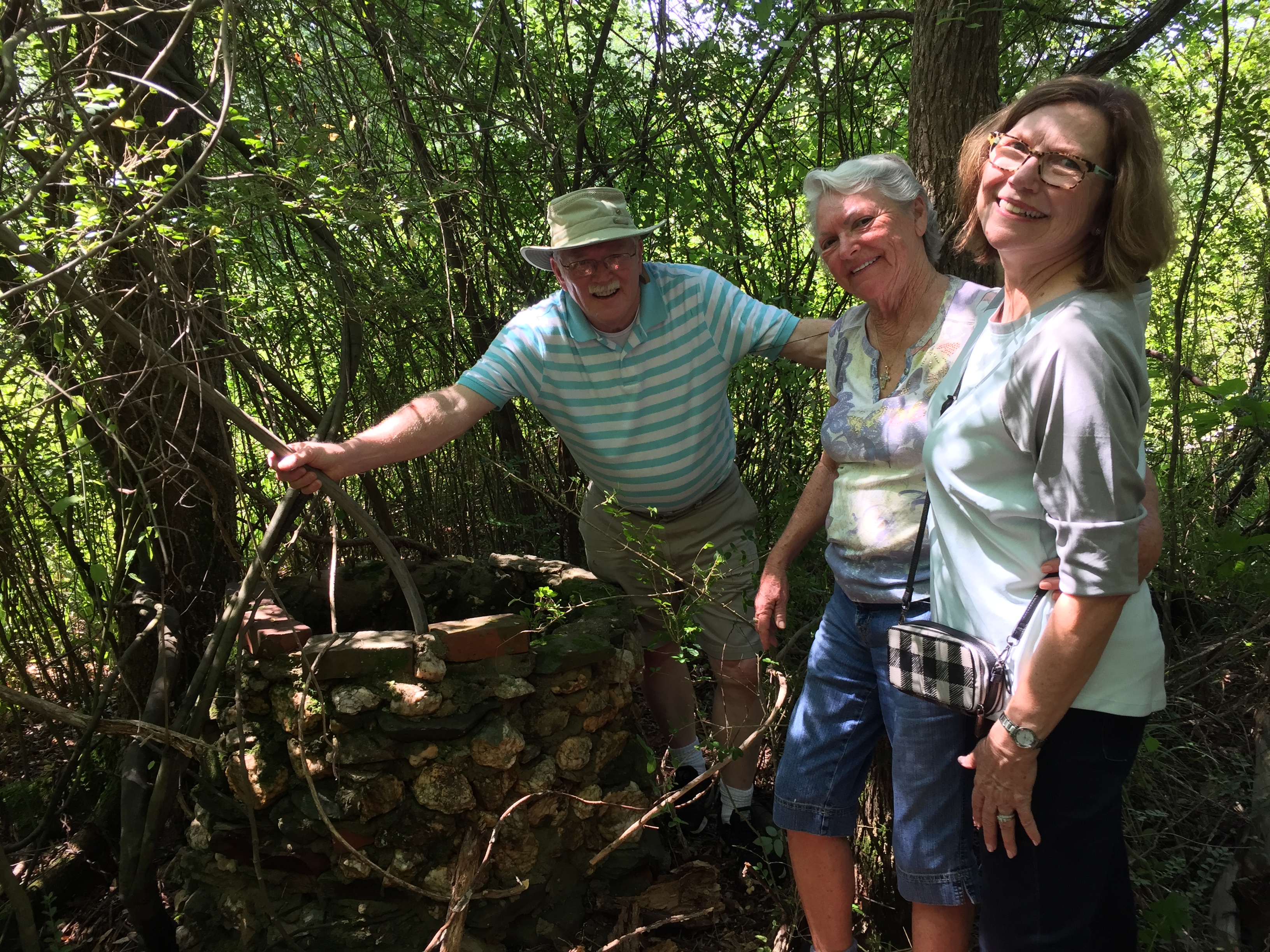 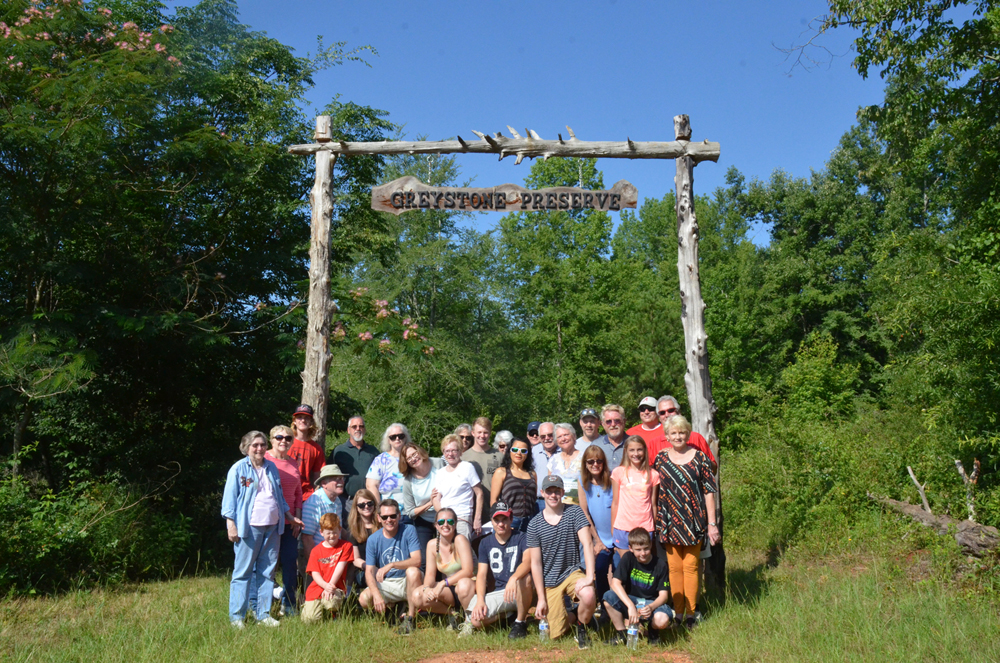 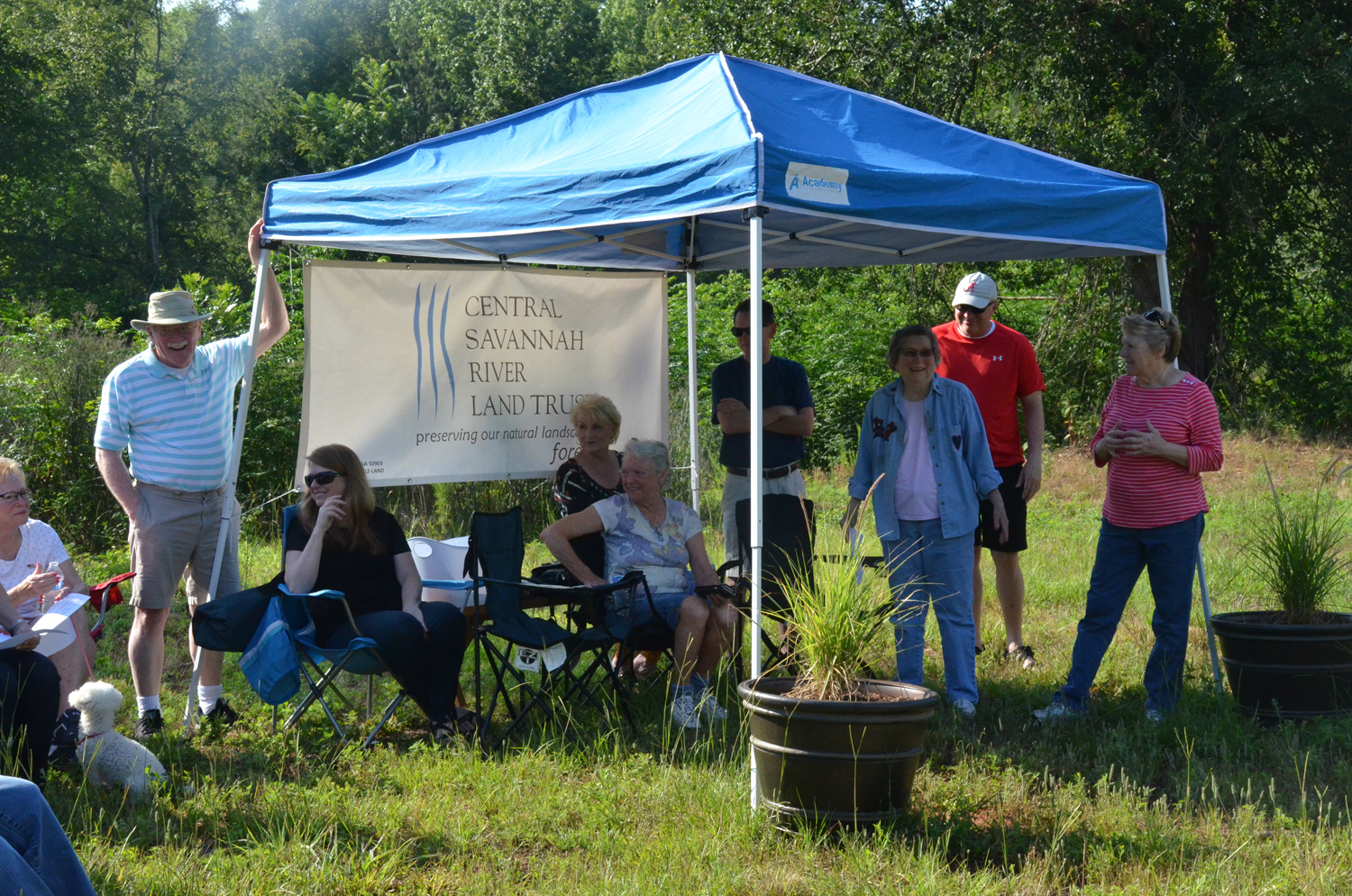